14 Apple Pie Recipes: One of the Most Popular Dessert Dishes 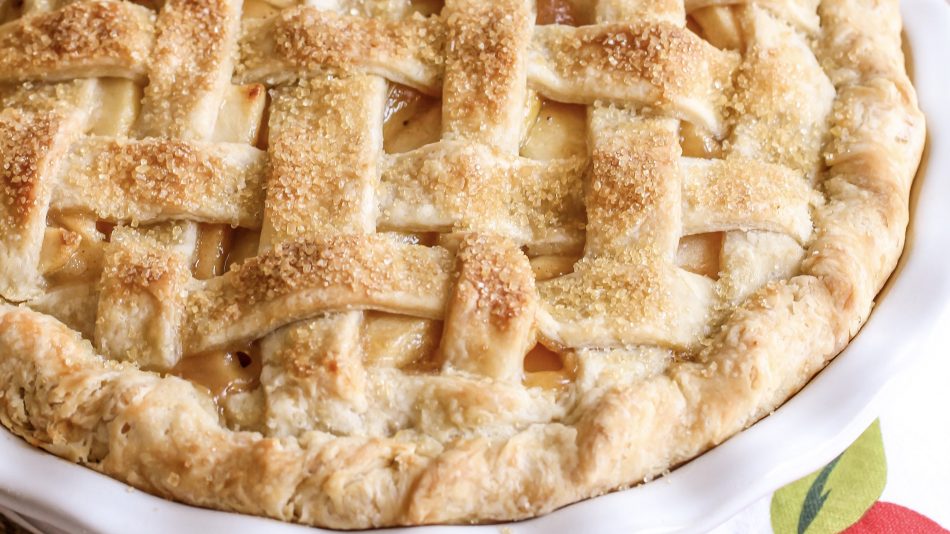 These apple pie recipes are a great collection of different ways to cook this favorite dessert of many.

This apple slab pie is perfect to serve at a party.  It’s baked on a large baking sheet and you’ll finish by cutting it in squares to serve up to guests.

Winter and fall make you think of smells such as apple pie.  You’ll think of your Grandma’s famous apple pie when you make this delicious dessert recipe.

This is an easy late night snack to pick up and eat.  The whole family is going to love these salted caramel apple pies.  Serve them up with a nice scoop of vanilla ice cream.

These fried apple pies will make you think of the famous McDonald’s apple pies that you can order.  They’re a copycat recipe but that doesn’t mean they taste like fast food.  They get finished off with a dusting of cinnamon sugar.

These apple pie bars make grabbing dessert easy.  They will taste just like the apple pie you’re used to, but now you can eat them in the shape of a easy to grab square.

These are true to the name of grab and go desserts.  Roll up some apples in a crescent roll for a delicious apple dessert that will have you wanting more.

You make this pie over the weekend and you’ll have enough to last all week.  Serve it up with the flaky crust and warm apple pie filling.  Goes so well with a nice scoop of vanilla ice cream.

This homemade apple pie filling is easy to make.  It freezes well too so you can use it for apple pie desserts later in the season.  It can stay fresh in the freezer for up to 12 months!

This is the classic apple pie you think of when someone mentions apple pie for dessert.  Perfect for holiday gatherings.  You’ll probably be making this the next time you need to bring a dessert to the party!

These apple pie bar recipes just don’t stop getting the love they deserve.  Everyone loves eating them.  It makes sense though because they’re just sooooo yummy and tasty!

This dutch apple pie is made in the shape of a cinnamon roll.  That makes it easy to have a flaky and buttery crust.  It pairs so well with the cinnamon roll filling that’s in the crust.

This dutch apple pie recipe is a favorite among our readers.  It’s the warm apples, brown sugar, and the whipped cream.  You’ll love eating this warm when it’s a cold night outside!